i’ve been better about triggers these days.

no, not triggers on guns. but there is another aspect to
guns that falls in with what i’m sharing here. and that is,
hollow shell casings. if you’ve ever seen one up close, you
may understand what i mean. they have that foreboding air to
them, and rightly so. there was one time that i was on my
travels somewhere uptown, not too far from Sugar Hill. i
happened to see something flash in front of me on the gritty
pavement, rolling slightly. i stopped short and picked it
up and discovered that it was a shell casing. more than
likely someone was letting off a shot or two from the roof
as a way of horsing around. as i picked it up, there was a
breeze that began to wind its way under my arm and it made
a breathy but crisp note that lasted a couple of seconds.
it had a melody all its own.

it struck me funny that i could hear something like that
from something that is an insignia of conflict. you see
hollow shells, something bad went down. someone got hurt
or lost their life. and one thing we say whenever a situation
like that happens? ‘wish we could have seen it coming.’ in
ancient days, the cultures relied on arrows to wage war
from a distance. the Japanese in particular used an arrow
called a kabura-ya. this arrow, made with perforated deer
horn or wood at the tip, was used to signal the enemy that
the battle would soon commence. they also were used to
chase away evil spirits and call divinities to aid them.
now, they’re sold at Shinto shrines as relics of a bygone
era and as spiritual totems.

over the past couple of days, i’ve been fighting off the
adverse effect of moods brought on by different triggers.
there was a time that i had no idea what brought all of
it on. i’d feel down about one thing, and then other things
i hadn’t even thought of swooped right in. it was like
getting jumped afterschool, that feeling. what i’ve now found
is that i can identify how and why i get into that tailspin.
for me, my trigger is all about internalization and how
i burst at the seams when i see i’ve let down one of my
family or one of the good folks i care about. and it’s
been me jumping the gun, and that pulls the trigger over
and over to the point where i have occasionally gotten
headaches because me feeling like i let them down gets
joined by the feeling of helplessness on things ranging
from who i am to worldly issues. i realize that that is
how i’m built. i care deeply, and i am actively mindful.
after this recent episode (caught a cold and a bit of a
headache), i’m learning to listen for the warning song. to
me, it sounds much like what i heard that day holding that
shell casing in the breeze. if more people did that, i’d
wager we’d see real progress in how we deal with each
other on these streets and in our own homes. and we would
all know how to let our inner divinity grow as it’s supposed
to and let that other mess fall by the wayside.

thanks for reading, until the next time…

the silence between
where fucks are given and are
not, speaks loud today

her hair fell like waves
along my cheek when we kissed;
undertow in her eyes

‘add your light to the sum of light.’

this time of year is when i find time to enter a third gear.
where days fit into one another as if they were cramming into
a pair of jeans they just can’t seem to give up even though
the fit isn’t the same. and Thanksgiving makes things muddled
but also more clear when you really take time to slow down and
think on it.

here in the leaf-strewn streets of New York City, some are
trying to get back to normal. and for some, normal is full of
the disdain, the need to separate themselves from the ‘urban’,
the ‘ghetto’. that is, if they don’t live there and/or are
trying to mold it in their own image. city living a la ‘Seinfeld’
if you catch my drift. it’s that same mood that adds tarnish
out here, even to the point of someone dying over cars in a
luxury condo’s garage because they were just another working
immigrant stiff. the same mood that fuels rabid consumerism
that doesn’t even wait for you to finish the last bites of
your Thanksgiving dinner. i never felt comfortable with that
mood, and i suppose i never will.

perhaps part of it is that i know how this day can be bittersweet.
my uncle Delroy made his transition around this time in 1996
in a sudden way. i like to think that he’s that extra glint
around the halfway muted sun on Thanksgiving morning. and
then there are those who are still stuck without power after
Sandy. those who have no homes. the Wampanoag people view
this as a day of mourning, since the settlers waged war on
them and this country since their arrival. maybe nature has
seen fit to see that we all understand their pain, pain we
put off for various reasons. there’s also a minor part that
irritates me, and that lies with the part-time cynics. those
that will throw quips on the social media outlet of their
choice about the true history of Thanksgiving to satisfy
themselves with another ego stroking session, but won’t go
the extra mile above being Facebook/Twitter revolutionaries.

this is a time where i look out my window over 228th street,
and see how the light always illuminates the block so well.
sometimes more than anywhere else in the world. it makes me
think of everybody i came up with, and how they all moved on
but never left. they, just like me, add their own light to
the luminescence that makes this blue marble we call Earth
shine. i think of my family, that nurtures and sustains me
from ancestors to the little ones that are just starting out.
i think of all those who volunteer, not just for Hurricane
Sandy alone but every chance they get. i think of all those
who give without expectation, and help without condemnation.
those souls who we need to give thanks for every day. it may
be simplistic, but i look at tomorrow as a day not to be just
thankful. it’s to be mindful for everything..to be mindful
of the light we can sometimes forget we and the world possess.
feed that light, feed your heart and soul, feed that of the
people you love. and remember, the leftovers are the best
part. enjoy your holiday, and thanks for reading.

i’ve been listening to this over the past couple
of days, a very mellow groove..indulge, and enjoy!!

the red hook houses
without power;new horror
movie in writing 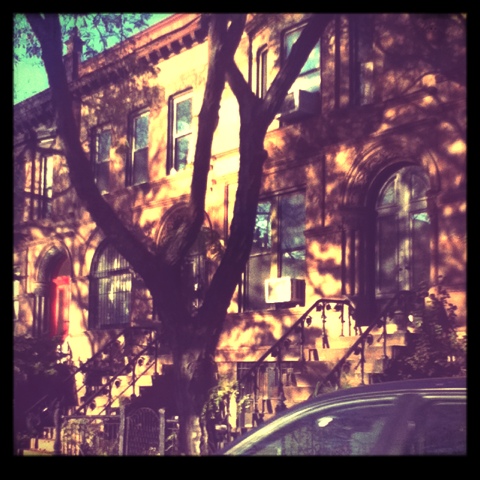 the sea spits them up
along Rockaway; toy boats
beneath nature’s play