she found her fingers
fragile under water
salted with old pain
that made new aches
become choirs of the present.

fingers that lived
in the embrace of juniper winds
that cut past her as she ran in fields
of glassy onions chasing fox-tails
that flew faster than her heart.

her hands writhe
bone stores cold ashes of past flames
she smothered by awkwardness
covered in lemon silk
shrouds for the work in progress her soul is.

the symphony
her cracked fingers sing
does not haunt anyone but her
but if someone else learns the words through her touch
perhaps the tune can change.

it’s been a few days since i last checked in here…i hope all is well
with each and every one of you. being that it’s a Wednesday, i hope
this track eases you onto a serene end to the week. it’s the same
producer behind the title music to the popular IFC show ‘Portlandia.’
Enjoy!

yesterday was one of those shining Saturdays you don’t
often get during the cold embrace of days known as winter
in New York City. the sun was high, and the chill was at
a minimum. i was out in Boerum Hill, Brooklyn waiting on
a friend for brunch at a popular spot, Mile End Deli.
French-Canadian/Jewish delicatessen menu. as i stand in
front, as is often the case at times, i become aware i
am the only Black person there. more of an afterthought
than anything else. but what was interesting was the
looks by 3 young women sitting in chairs at the exterior
of the bistro’s entrance. it was the look of ‘why are YOU
here?’ that same look tossed off like shots of house
vodka which hold a different burn. that of the casual
indifference privilege causes. i took note of it, checked
my Twitter feed briefly and saw their looks again, which
i met with a blank face and a raised eyebrow. the silent
reproof mastered by many of color to say. ‘oh haven’t
you heard? i’m here to up your hipness quotient just by
standing here being fly. you were running low.’ a look
like that usually gets people perplexed, nervous or flat
out embarrassed. i try to aim for a 2 out of 3 ratio.

it was a bit crazy to experience something like this on
a weekend celebrating the life of Martin Luther King AND
the inauguration of President Barack Obama to his second
term in office. but it all boils down to the same bit of
gristle no one wants to chew on. this country still can’t
fully talk about how it is defined by, and often dominated
by, race. there are many willing to have the conversations,
but there are just as many only willing to have it on
their own antiseptic, almost neutral tones. like commenting
on televised billiards matches on Sundays without football
or basketball. being in some parts of Brooklyn sometimes,
those areas now teeming with new money and insular introverts
in places where cats used to nod off before the night fell,
it’s become all too common. gentrification becoming the
new American expansion by way of the coffeehouse and the
organic market. and those who were there before getting a
poisoned blanket of skyrocketing bills and summonses the
color of Pepto Bismol talking about ‘quality of life’
violations. but that sickness of not talking about it and
confronting it still lingers. so my recourse at this little
microcosm of the problem was chuckling to myself afterward,
and sharing the episode on Facebook. then something real
cool and revealing happened.

as i finish up, this couple and a friend walk up. their
two kids leading the way, a boy of 8 and a girl who was
about 3. this little girl looked at me and decided then
and there that i was going to be her friend. for the next
few minutes, she had a routine going. stare at me and
smile. run around a bit. come back to standing in front
of me and smile. she even gave me a bag of Sun Chips. her
parents laughed and grinned and more importantly, let her
interact. from what i gathered, they were Canadian, from
outside of Hamilton, Ontario. those few moments were real
heartwarming. and it tied everything together. sometimes,
only the children are the ones who are fearless. and they
are who we have to look to when we forget where to look
and how to be. so i hope she grows up with that same
curiosity, and joy and with little to no fear. it made
the rest of the afternoon that much brighter.

until the next time…

i realize now
her eyes are bigger than her stomach,
her belly aches with promise
holding crystalline ashes of past moments
she sips hibiscus tea to cover.

to this premature winter,
that one who lives in spring
has gifted me in lieu of her truth and libido
i drink toasts; this chill a better embrace now
than soft bones wrapped in lemon sky and fragility.

this frost
between and beneath us at once
may have been water held in her eyes;
crystalline dust cast off
looking for a warmth to call home.

her soft vertebrae
arches with my touch; i let
her lips issue chords

the brother did Bojangles
sparrow-tailed turns on a mangled corner
of blacktop and gentrification
clutching corner currency
asking everyone for light
and the skies above
wept like matrons in the choir
on sabbath days.

there’s no present hope
in a life full of bread crumbs
sparse and yet desired
when you are left with no teeth
to snarl, much less bite
and so this man dances
looking for a spark
to watch a life once was dressed in nicotine.

elder sister
drives consciousness
with me
down a fold in the lap of government
that snarls and sits askew
preaches jeremiads of the just
with habesha gold strong enough to
tint my windows so that the drizzle
casts down reaffirmed faith
cab rides to benevolent sides
we sometimes check like aged hats
and self-worth. 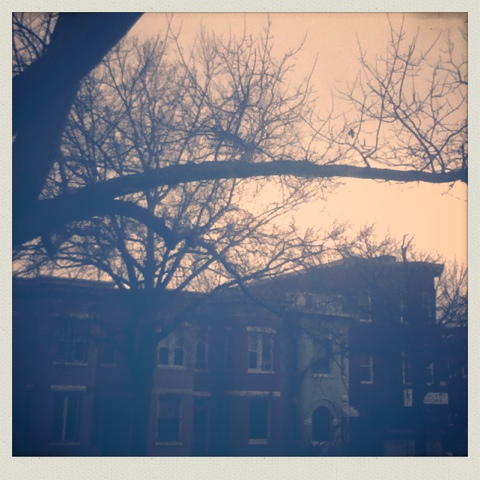 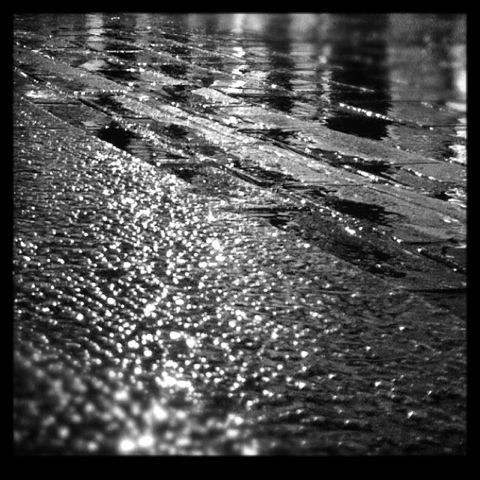 her lips, once strong locks
became broken; her desire bade
this thief her soft heart